It’s not very often we are approached to rebrand a television classic the long-running BBC 1 series Points of View. The production of this show had been moved up to Glasgow and in-conjunction it was felt a rebrand was due. As often is the case with broadcast work, time wasn’t a luxury we had, therefore we had a very short time two weeks to develop ideas, have one approved and then create a kit of parts that will be used throughout the show.

Throughout the process we worked directly with the Series Producer which was a big help as she was the decision maker therefore was quick to approve or reject ideas and content as we developed them. She also had a clear idea of what she wanted she provided a detailed brief. She knew what she didn’t like with the existing brand and what she wanted for the new approach “Refresh the colour palette, make the logo feel modern, vibrant and relevant to the content of the show”

We decided to start developing the programme titles as the rest of the content would be influenced by the approach taken.

One of our ideas was to have 3D Text with view point light source. This approach is a combination of words and perspective viewpoint to reveal the title which was made using a point light. 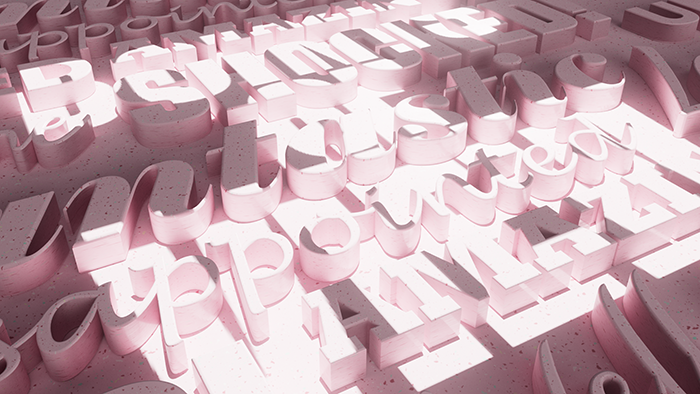 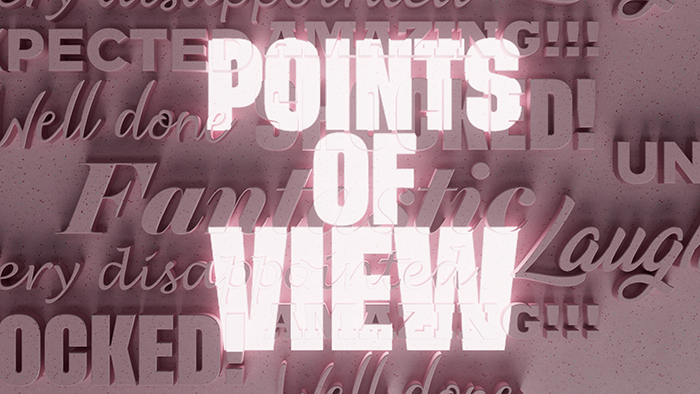 We really liked how the colours were working here, the viewers respond in either positive or negative ways therefore it was important to have these represented. There was also a requirement to have a more neutral complimentary colour hence the yellow.

The client really liked these colours but wanted to look at others and perhaps without the white. So we provided some other options

However after seeing the white she was happy to stick with the white and the original vibrant colours.

At this stage we also wanted to provide another approach for animated the text now that the logo itself was approved.

Simplifying the perspective idea we placed the title on a 3d cube. The camera moves along the surface in a number of close up cuts where only parts of the text can be seen. Then the camera pulls back revealing the title from one perspective where it resolves and becomes legible from our point of view.

Luckily the client instantly loved it and signed it off. This allowed us to create the rest of the in-programme graphics that were based on the cube motif and the same colour palette.

In the UK Point of View can be seen on the BBC iPlayer.