We were appointed by Ginkgo to create a variety of content for the main atrium space named the POD. This connects the main areas of the hospital and is intended to be used by children as a distraction from being in the wards or waiting to be seen for out-patient appointments.

The aim of the space is that the children have a different experience every time they visit and this was a key element throughout the project.

The illustrator Emily Hogarth designed all the graphical content that was used to fill the space creating a bright, colourful and fun environment. It was vital that all the content we developed had to clearly relate to the original illustrations especially when transformed into 3D forms. At the beginning of the project there was extensive development of this aesthetic which required regular meetings, consultations and updates that lead to presentations to the board (Gingko, NHS staff and charity stakeholders) for final approval.

Located a the atrium entrance above the reception, a large screen welcomes visitors, we created a looping animation that is the first time visitors see Emily’s illustrations being brought to life. 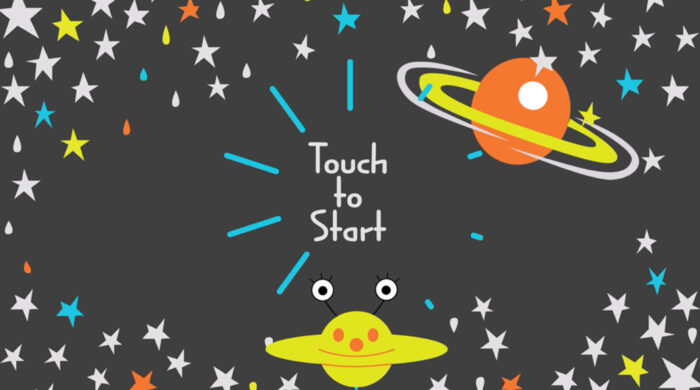 Certain static structures within the POD such as a clock, dragon and rocket can be interacted with using a touch screen terminals. They allow the user to change things such a the lights, weather and even wake the sleeping dragon if they dare.

Spread throughout the Atrium five augmented reality viewers are waiting to be discovered by kids of all ages. Each viewer has a different theme, functionality and some even react to movement of people within the space itself! 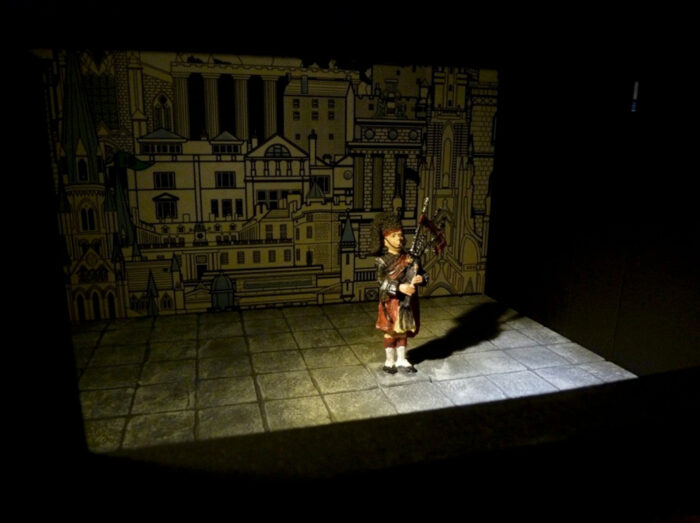 Embedded in structures throughout the POD are audio points. Sounds are triggered by motion sensors by either moving through a tunnel, sitting down or looking through a peephole. 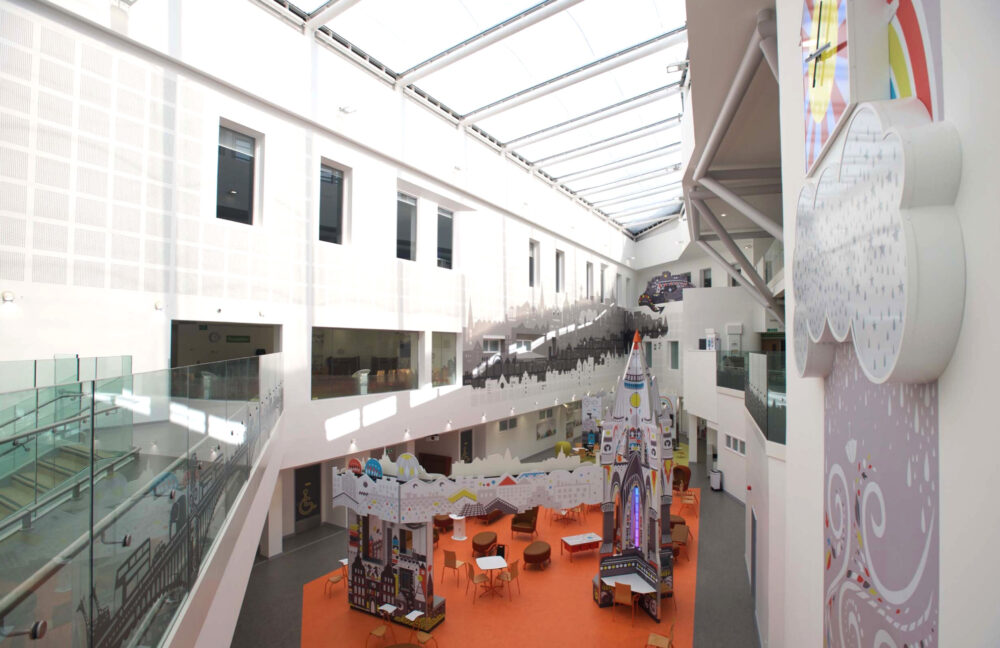