The Island of the Dinosaurs

A long term client of ours Caledonia TV approached us about producing high-end photorealsitic animations of a variety of dinosaurs as well as a suite of other GFXs for a programme they were making to be broadcast on BBC Alba:

Eilean nan Dìneasar – The Island of the Dinosaurs

Skye as you’ve never seen it before – a subtropical landscape of beaches, lagoons – and dinosaurs!

170 million years ago, Skye was a stomping ground for dinosaurs of all shapes and sizes including theropods that later evolved into the famous T-rex, huge, long-necked sauropods that were the largest animals in the world at the time and plated ornithischians such as early stegosaurs.

The Middle Jurassic was an important period in the evolution of dinosaurs and astonishingly, Skye is one of the few places in the world where fossils from that period have been found.

Working closely with a palaeontologist we re-created as closely as possible with the evidence available the dinosaurs that would have roamed throughout Skye.

We modelled, textured and animated five different dinosaurs, the majority of them were used in standalone animations to depict their scale compared to humans with a turntable camera to clearly show the main features of each one.

The other more complicated animation was to create a sense of the landscape looked in the Middle Jurassic on Skye and add a group of Cetiosaurus dinosaurs wondering in the landscape. This required several shots that would be used throughout the programme. 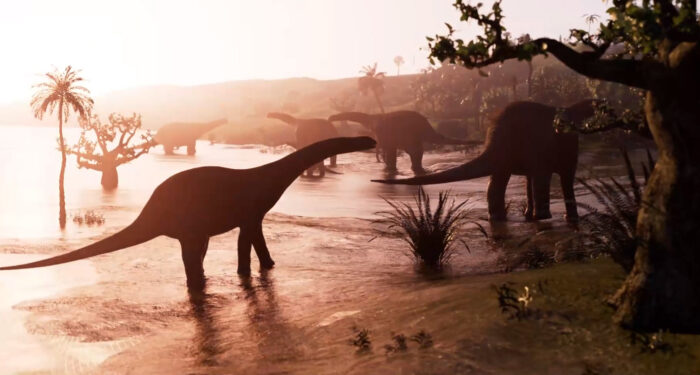 We also produced an animation illustrating how the landmass of the world has moved over millions of years and therefore the position of Skye. 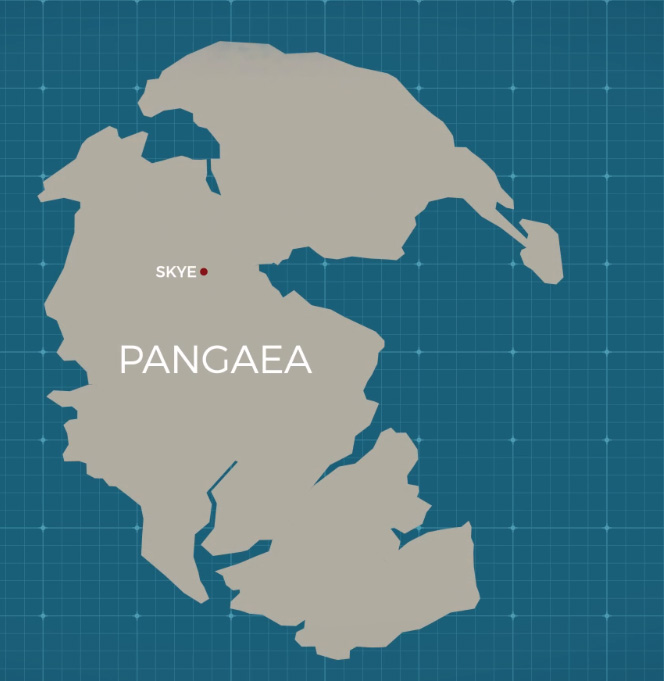 Lastly we created a number of maps to demonstrate exactly where the fossils of the dinosaurs were found throughout the island.